How to use the mass Gliffy to draw.io importer in Confluence Server? Print

The Gliffy mass importer converts all Gliffy diagrams on all pages (or selected spaces) to draw.io diagrams. Both the current Gliffy JSON format and legacy XML formats are supported. 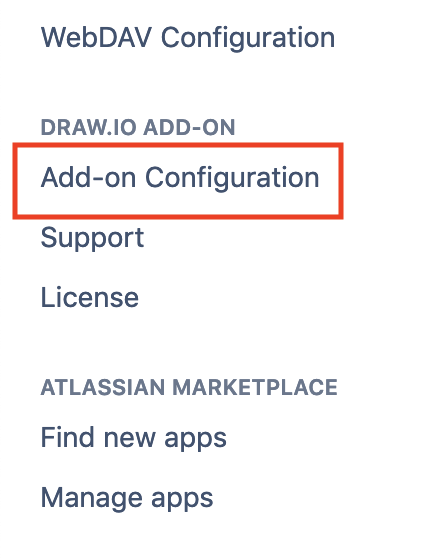 Once in the draw.io configuration page click the "Gliffy Import" tab. 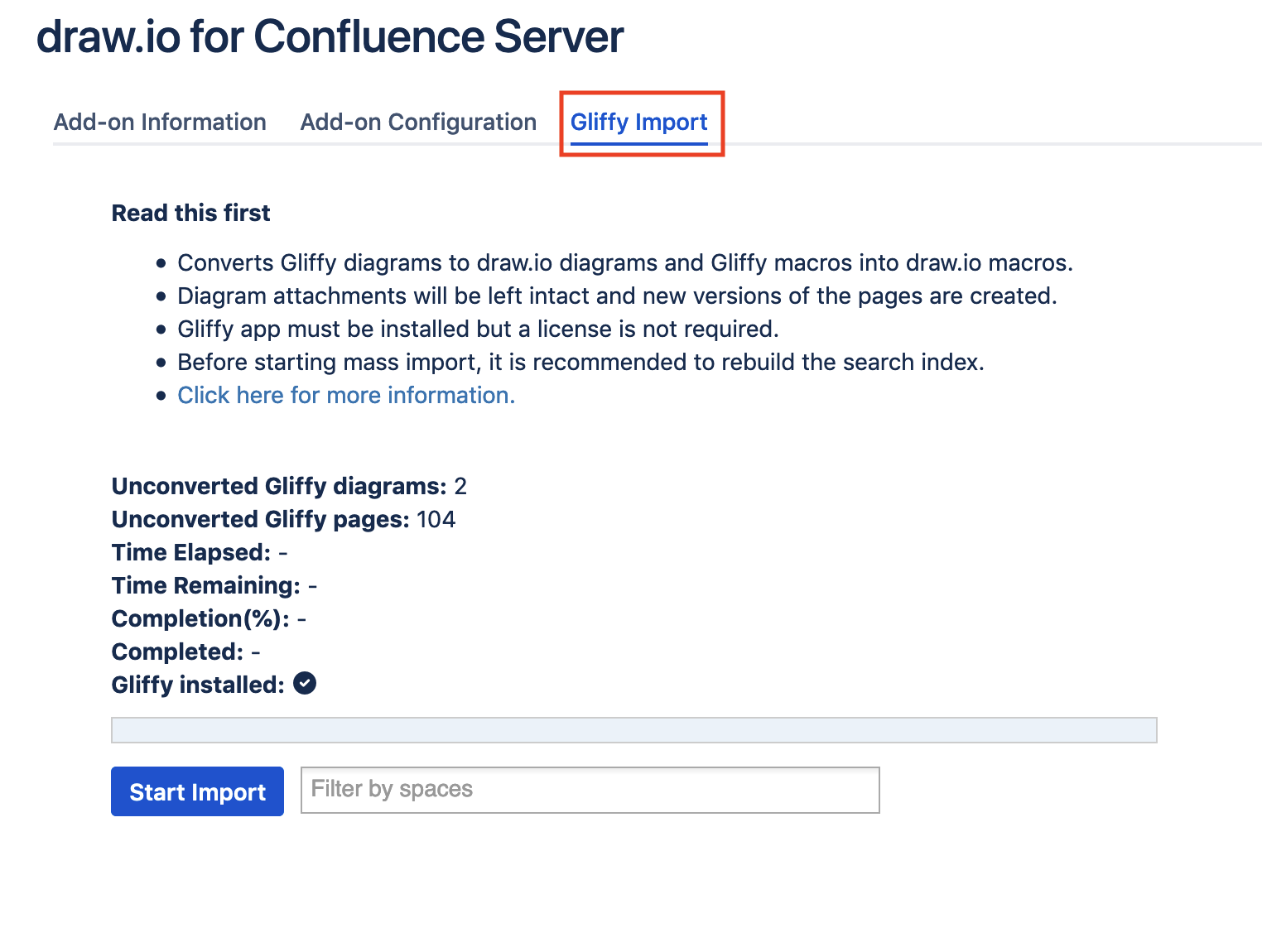 Prior to starting the import, you have the option to select one or more spaces to filter which spaces the importer will be applied on (good for a quick test on a demo space).

The full import might take some time, depending on the number of Gliffy diagrams. Once finished a text report of the import is created, you can download and inspect the results: 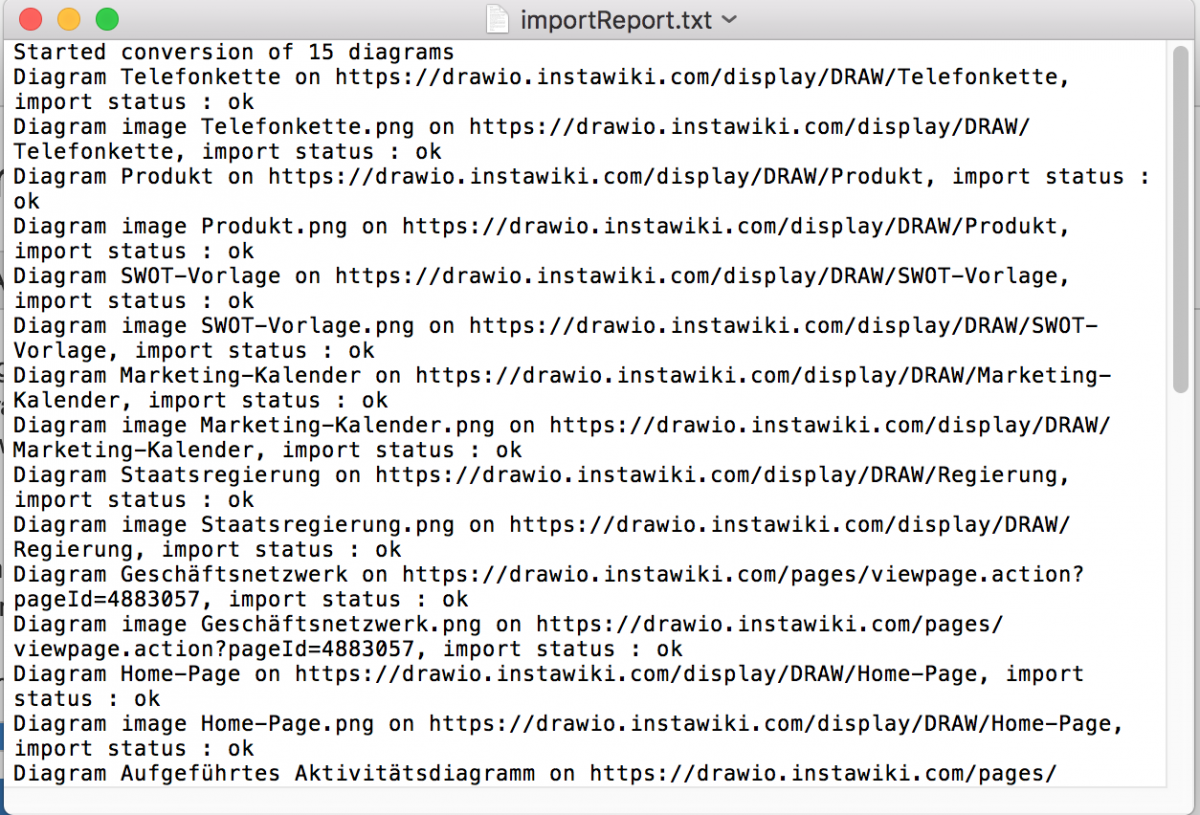 You can configure the comment applied to converted diagrams by adding the following URL parameter to the URL of the draw.io admin page

When is it best to perform the import?

It is better to perform the conversion outside of your company's normal usage hours of the Confluence instance. It is possible during normal working time, but it's best to carry out the whole operation whilst the minimum number of changes are being made to the relevant pages.

draw.io automatically creates a new page revision of every page with a Gliffy diagram. You can always revert pages to their previous versions if needed, no Gliffy data is deleted.

When you buy an app, like Gliffy, you get a perpetual license to any version if the release date is prior to your maintenance period ending. Those versions will continue to work beyond the expiry of maintenance, both for viewing and editing.

That said, most Confluence admins prefer to clearly recommend draw.io and so uninstall the Gliffy app. If Gliffy is already uninstalled, the mass Gliffy to draw.io import will still work.

Note that we recommend to not uninstall Gliffy until after the mass-import is completed and the result checked.

The mass import should be run by an admin who has full write permissions across the whole Confluence instance. If no such user exists, you will need to temporarily elevate an admin to have those permissions during the import.

If you encounter any issues during mass Gliffy import (always test on a test instance with the production data first), please email support@draw.io sending the text of the import report as an attachment.

Working around the CONFSERVER-59196 bug

Starting from version 7.0.0, Confluence has been hit by a bug which has forced us to disable bulk operations such as mass Gliffy import.

In order to use the workaround, you need to update the draw.io plugin to 9.2.7 or later and add the URL parameter to the admin page so the URL reads like the following:

The workaround will simply re-try a failed operation, there is no risk involved. However, we cannot guarantee the  workaround being 100% success.