How to use Layers? Print

It is possible to create a diagram that contains different layers of elements.  Each layer and its elements will display together (unless you specify otherwise), but is treated as being completely separated from the other layers as far as editing is concerned.

Select View -> Layers to bring up the Layers menu:

The Layers dialog will appear: 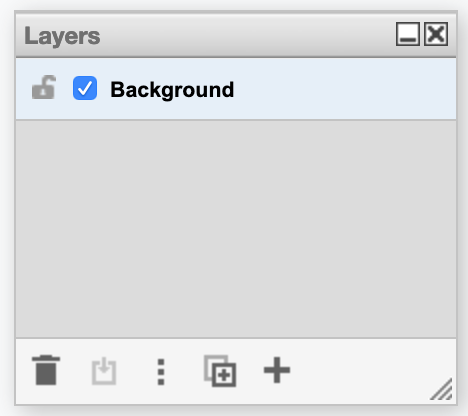 Initially, the diagram contains only the default Backgrounnd level, which is the level you work on when you have only a single layer.  The tick box indicates that all background elements are being displayed.

To add a second layer click the Add layer button at the bottom. 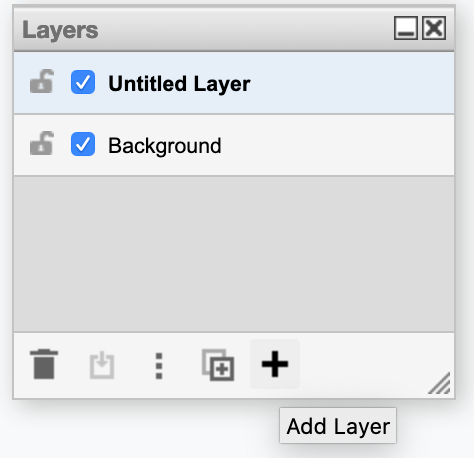 This adds a second layer on the top of the Background layer, which is called "Untitled Layer".  If we add new elements to the diagram now, they will be added as part the new layer: 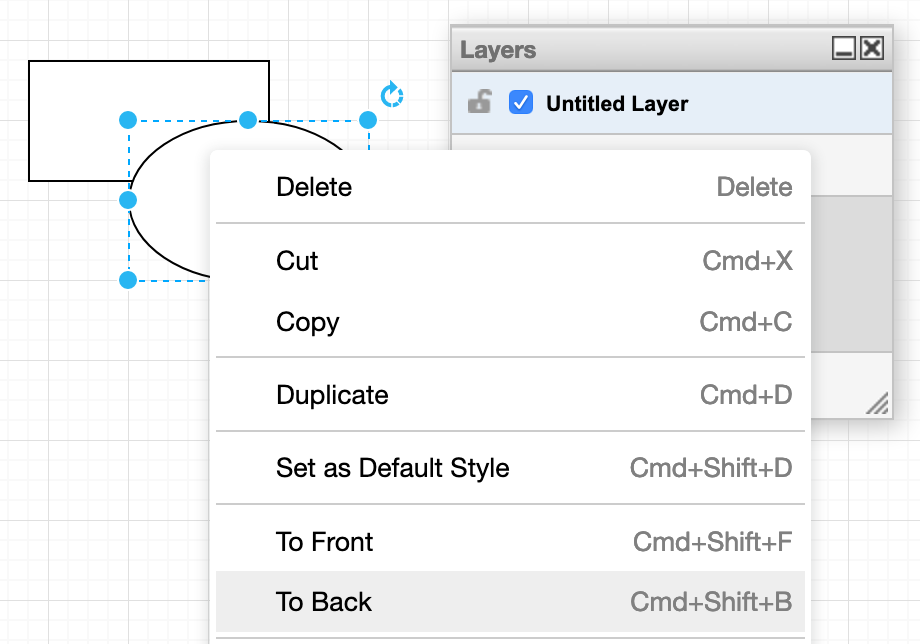 There is the option to remove any or all of the layers from the display.  Unticking the background layer gives: 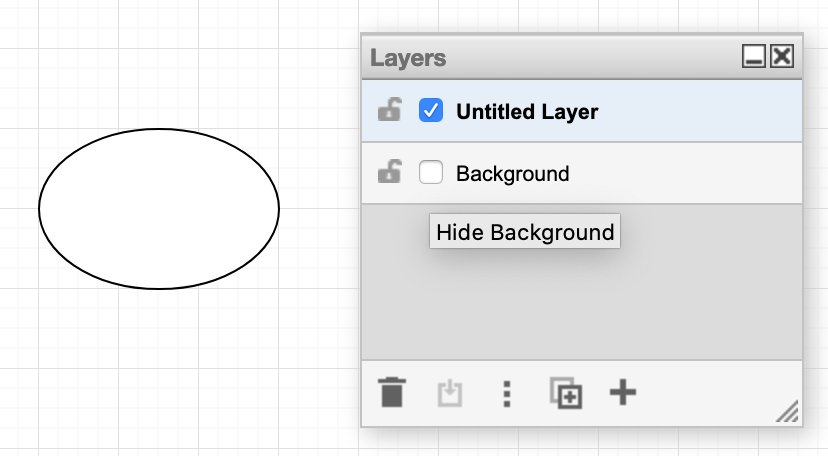 The rectangle has gone, but the ellipse in the second layer  is still visible.

We can move elements to another, by selecting them and clicking the Move selection button. Re-tick the Background box, then select the rectangle, click the move button and select the untitled layer: 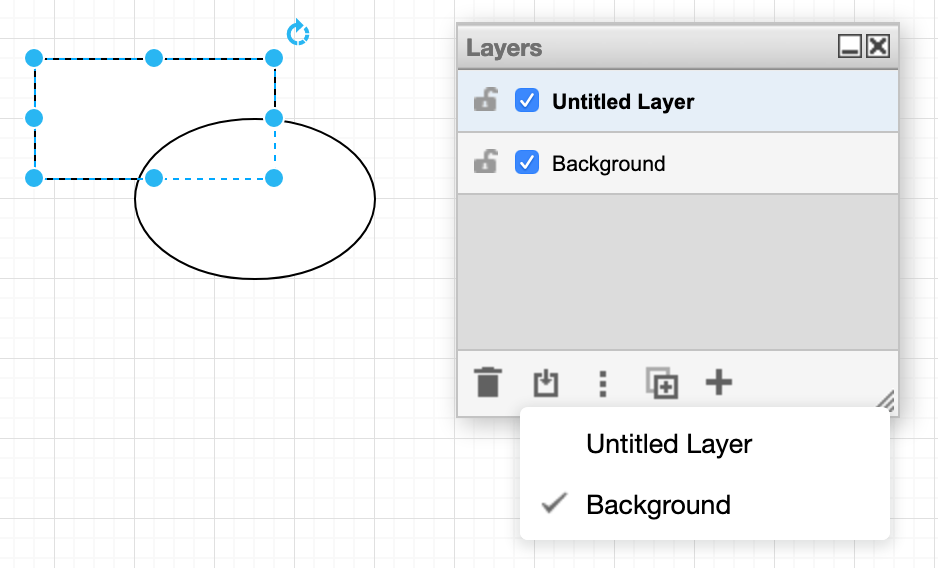 Clicking the vertical dotted lines brings up the option to rename the layer:

Now that both shapes are in the second layer, we are able to move either one in front of the other, as per usual.

We might want to duplicate one layer to form the basis for a new one.  Now that we have two shapes in Top Layer, we will copy them into another new layer.  No selection is needed; simply click the Duplicate Layer button, and copies of the shapes will appear over their originals:

It is possible to delete any layer, including the Background layer.  If there is only one layer left, and you try to delete it, the diagram will default back to having a Background layer, which cannot be deleted.

We can delete a layer by clicking the Remove Layer button: 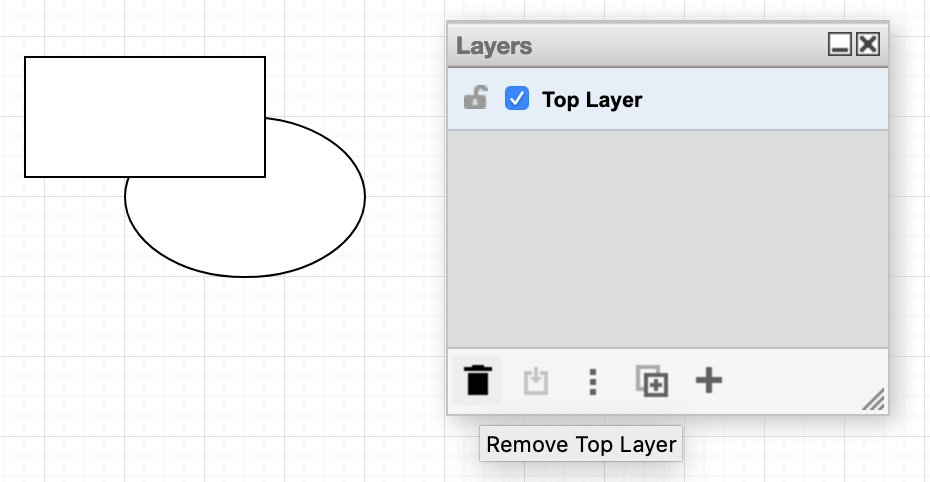