How to use external image generation in draw.io Server products 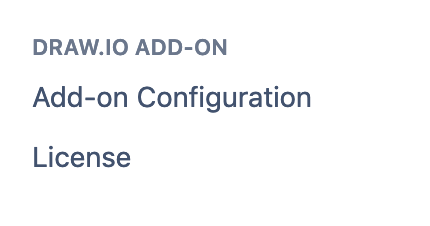 And the Add-on configuration tab in the page that appears:

The URL is https://BASE_URL/admin/drawioConfig.action. Once on that screen, there is a tickbox (disabled by default) that enables external image generation to be used. 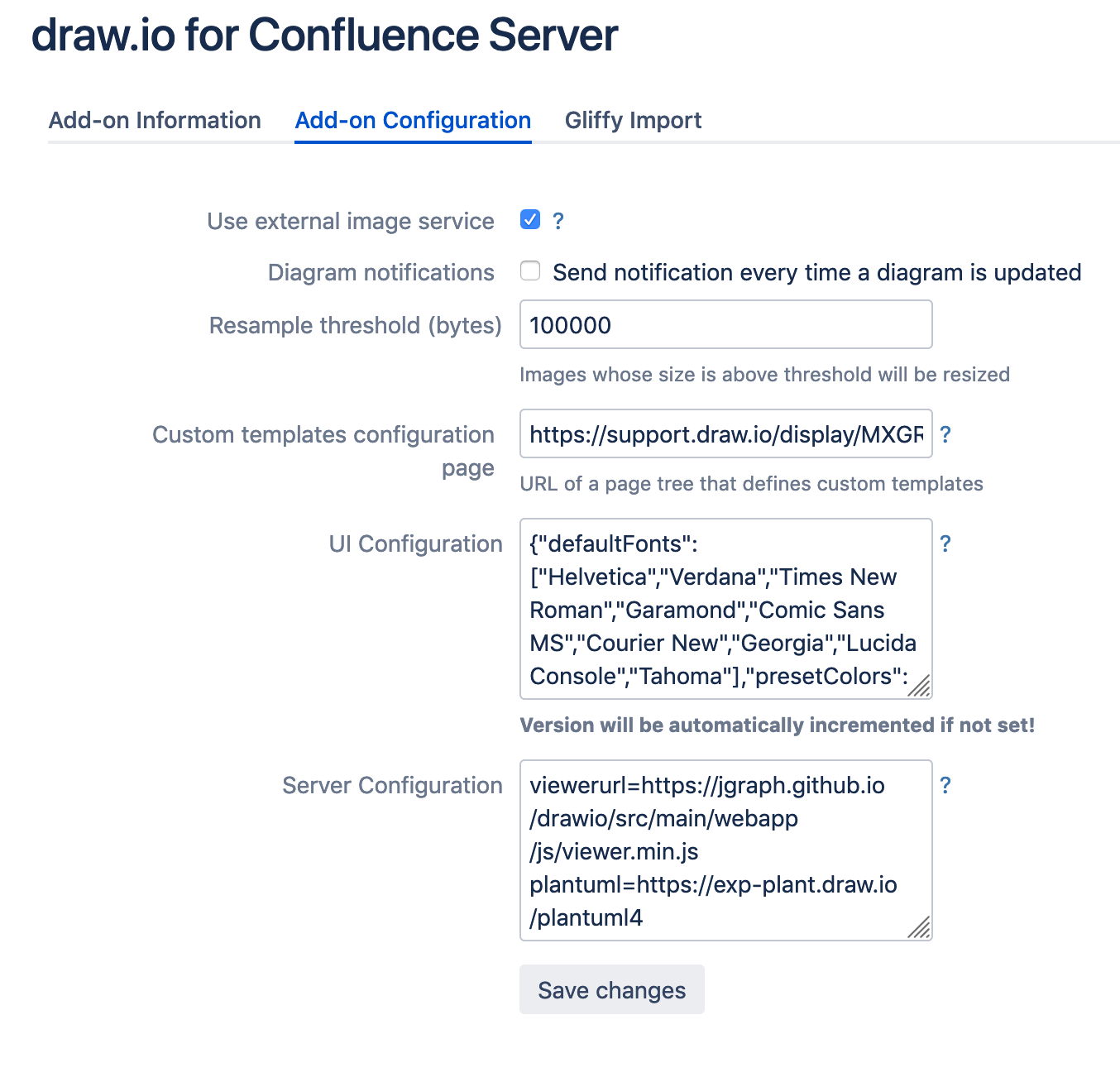 The reason you might do this is text in image generation is dependent on what fonts are installed on the server that Confluence is running on. The font support on Linux is relatively weak and substituted fonts can often be a poor match. In additional, many unicode characters are not supported by many standard font families in Linux. Windows based servers can suffer from this problem to a lesser extent.

Additional, the built-in PDF export in Confluence Server is limited to being provided in Java, which has limits on how well it can imitate a browser render. The styling support is not complete in Java and PDF links are not supported.

draw.io does perform client-side image generation on modern Chrome, Firefox, Safari and Microsoft Edge browsers, but is unable to for Internet Explorer. If you have users on IE you have the option to allow those users to generate images via our external image generation server by ticking the option in the plugin admin screen.

The external image servers are entirely controlled by draw.io and located in secure US data centres. When generating images the image data is sent securely to the server, the image generated and returned, and the data deleted entirely from the server (including any diagram data in logs). No diagram data is retained or transmitted from the servers. Nobody except for 2 senior JGraph engineers, with specific security training, have access to the servers and they are not permitted to move any user data off of those servers.